That is another interesting topic to discuss. As you know, League of Legends is a team fighting game. In order to get stronger and deal more damage in the game, you need some essential items. They can be different depending on what champion you play. The build you have in mind and your overall strategy.

In today’s article, you will read about the ten most popular items picked by League players globally. The characteristics of the equipment and their general purpose.  It is important to note that in the article. All the items will be complete late-game ones. You will not see things like wards, potions, or starting items like Doran blade. If you’re also interested, here’s a quick list of the best items against tanks in LoL 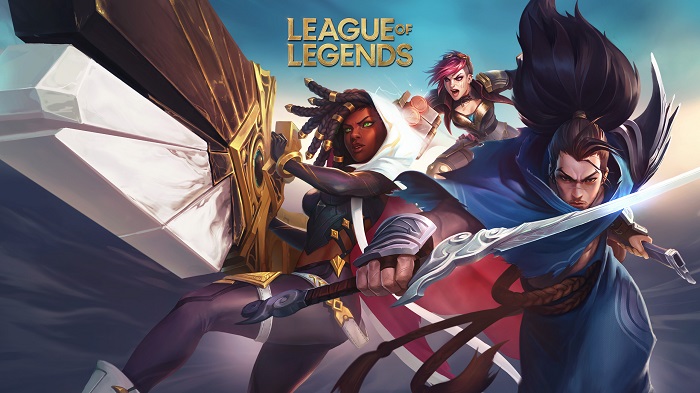 Deaths dance is the 10th most popular item picked globally by LoL gamers. The popularity rate of this blade is 6.3 percent, and the win rate is 57.7 percent.

The core stats of the item are as follows:

The item gives you plus 55 attack damage, plus 15 ability haste, and plus 45 armor.

Deaths Dance has two unique passives as its specific abilities. The first one is called “Ignore pain.” In its essence, this passive stores  30 percent for melee users and 10 % for marksmen of all post-mitigation physical and magic damage they receive. That includes on shields, which is consecutively taken as true damage over 3 seconds instead, dealing a third of the stored damage each second.

The second passive is  “Defy.” What it does is basically clean the first passive “Ignore pain” damage reserves and restore about 175 percent of it as Hp over two seconds. This passive activates only if you damage and accordingly kill an enemy.

Manamune is the 9th item in this ranking. Similar to Death’s Dance, it has a high popularity rate of 6.4% and a win rate of 51.4%.

This item has three passives, two of which are unique.

The first one is “Awe.” This one simply grants you attack damage for 2.5 percent of your maximum mana.

The second is called “Mana Charge.” As its name suggests, this one produces charges every 8 seconds. It has a maximum capacity of four charges. Each of them increases the mana you have by 3 for hitting enemies or allies, and this bonus doubles if it affects a champion. The cap is 360 mana, which you will gain as a bonus. That comes in handy given the fact that the first passive adds damage based on your mana capacity.

The last one is quite simple but still great passive. The item, similar to others, has the ability to transform itself. In this case, once you collect the 360 bonus, Manamune will transform into Muramama.

Infinity Edge is the eight-item

That is one of the most popular build items for ad champions. The rate it has is 6.5%, and the win rate percentage is 50.82%.

This item has only one passive. It is called “Perfection,” and in its essence, it gives you another 35 percent of critical strike damage. But only if you meet the minimal requirement of a 60% critical strike chance.

This amazing item is ranked seventh, with a popularity of 6.7 percent and a win rate of 49.6 percent.

This item has one normal passive and one passive for its mythic traits.

The first is called “Thirsting Slash,” and what it does is the following: When you activate it, it deals 175 percent of your base attack damage to nearby enemies. It also heals you for 25% of your attack damage and an additional 10% of your missing HP.

The Mythic passive gives five abilities of haste per legendary item you build.

The Shadowflame passive is called “Cinderbloom.” The effects of these passives are when you damage an enemy champion. It ignores some of their magic resistance based on their HP.

The Collector is number five.

One of my personal favorite items is the collector, who is popular among ads and some fighters and assassins. The popularity rate of this item is 7 percent. The winning percentage is 55 percent.

The passive of the collector is “death and taxes.” In short, this passive has the ability to execute enemies with whom you are engaged. The only condition is that you have to leave them on under 5% of their HP. Once this condition is met, they will get executed, and you will gain an additional 25 gold for that.

The fourth place in our ranking goes to Shieldbow of Immortality

Marksman and Yasuo players favor him. The Immortal Shieldbow is a great life-saving item.

This item has two passives. The regular one is “Lifeline,” and the mythic one is “Altar.” The first gives you a great shield, which decays over three seconds. To activate it, you must take damage that causes you to lose less than 30% of your health. At the same time, it increases your ad based on your level for 8 seconds.

The mythic one grants an additional AD (5), and HP (50) for each legendary item obtained.

Taking third place in our ranking is Luden’s Tempest. One of the most popular items, with a pick rate of 7.5 percent and a win rate of 50.9 percent, is

The item is a powerful mythic with great passives. The first one is called the “Echo.” That passive deals 100 more magic damage plus an additional 10% of your Ap. This affects the enemy hit by your ability and up to three of his allies within close range of him. In addition, you gain a 15% increase in movement speed for 2 seconds.

The mythic bonus of Luden’s gives you five magic penetrations per legendary equipment in your build.

Another one of the ADC favorites. Galeforce is one of the most mobile items out there. It enables Adcs to easily avoid attacks. Or jump in for a finisher.

The passives have a “Cloudburst,” which allows you to dash to a target location while at the end of the dash it deals magic damage for each missile shot. In addition to the damage, it added 46 % of your AD, which is also increased by the target’s missing HP.

For each legendary item, the mythic passive grants a 2 % bonus to movement speed.

The first place in our ranking goes to Zhonya’s Hourglass

The most popular item in LoL is Zhonya’s Hourglass, with a total rate of popularity of 12.2 percent. That fantastic item has a win rate of 54.3 percent of all items chosen.

This item has only one passive, and its name is “Stasis.” I am sure most of you know what this item does, but let us explain it. In short, once you activate stasis, you will freeze yourself for 2.5 seconds. Your champion will become untreatable and invincible to anything and anyone. While in stasis, you cannot move or attack. Once the 2.5 seconds pass, the effects will be off, and you will have to find a way out of the picky situations.

That concludes our list of the top ten most popular items in League of Legends. Now it is obvious that not everyone will agree. But based on stats from various sources, this is one of the most picked items with the highest win rates globally. Thank you for reading this article, and I hope you find the information helpful.