In January 2017, I made a small purchase that would change my family’s financial trajectory forever. It was my initial position in Shopify (NYSE:SHOP) — a company that helps level the playing field in e-commerce. I haven’t sold a single share since — even though they’ve increased 2,000%.

The reason I made that purchase was because I saw a powerful, two-pronged dynamic at play that I believed most investors were under-estimating. Recently, I found another company — Unity Software (NYSE:U) — that is utilizing the same dynamic. I immediately purchased shares.

Read below to see what the dynamic is, and why I think it could power Shopify-like returns for Unity shareholders. 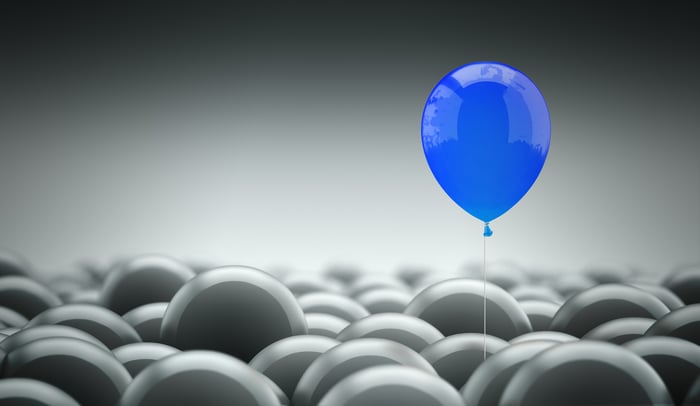 The key pattern playing out at Shopify…

When Shopify started, it was a pure software-as-a-service (SaaS) company. It created software that made it easy for merchants — from mom-and-pop shops to huge multinational operations — to set up an online store. When Shopify subscribers picked a plan, the company could count on that high-margin revenue to keep coming in.

But Shopify is a mission-driven company; it didn’t take long for management to see there were other ways it could help “make commerce better for everyone” …even if it meant going after lower-margin revenue.

Thus was born Merchant Services. By and large, this has involved creating a payment option for merchants as well as giving them the ability to print shipping labels. It’s only recently that this arm has expanded to include fulfillment options and financing.

Crucially, Merchant Services isn’t paid for on a subscription-basis, but on a usage basis. This aligned Shopify’s financial interests with its customers’ interests, and it also created a win-win. If people signed up for the platform, Shopify was already getting large sums of money. If those merchants were successful, it was icing on the cake.

Think of it this way:

Over time, Shopify’s subscription software services brought in high-margin revenue that was both protected by a wide moat, and provided cash to reinvest in the business. Over time, here’s how the dynamic of sales between those two revenue streams played out. 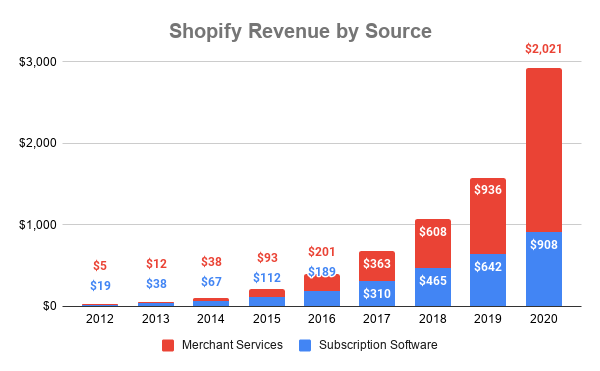 It might be tough to tell, but back in 2012, subscriptions accounted for roughly 80% of both sales and gross profit (more on that below). Over time, however, successful merchants on the platform — utilizing Merchant Services — drove that revenue stream at a much faster clip, 112% per year for eight years!

…is now being played out at Unity

For those who are unfamiliar with Unity, the company has a platform that’s primarily used by people making 3D or virtual reality games. There are also ample opportunities for the platform to be used outside of gaming, like autonomous driving, construction, and animated shows and movies.

Just like Shopify, Unity can count on those high-margin create subscriptions to keep rolling in. That makes reinvestment decisions much easier. But thanks to the fact that over 70% of the top games are currently built on Unity, the company is also raking in tons of extra sales via Operate Solutions.

Here’s how those dynamics have played out. 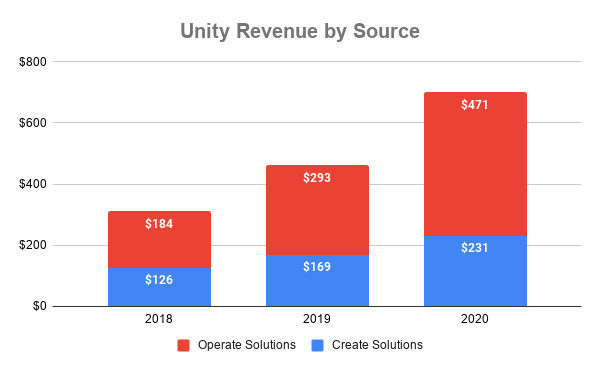 Chart by author. Data source: SEC filings. Figures in millions. Does not include revenue from strategic partnerships.

But there’s a key difference that might make Unity’s approach even more lucrative. Shopify’s usage-based revenue is relatively low margin. Over the past 12 months, Shopify has kept $0.79 of every $1 in subscription revenue, but only $0.41 of every $1 in Merchant Services.

If you think about, it makes sense: If all you’re doing is facilitating a payment or helping print a shipping label, you aren’t going to get huge margins. That’s OK for Shopify, because the sheer volume of products being moved by merchants allowed Merchant Services to actually eclipse software subscriptions in gross profit for the first time last year. 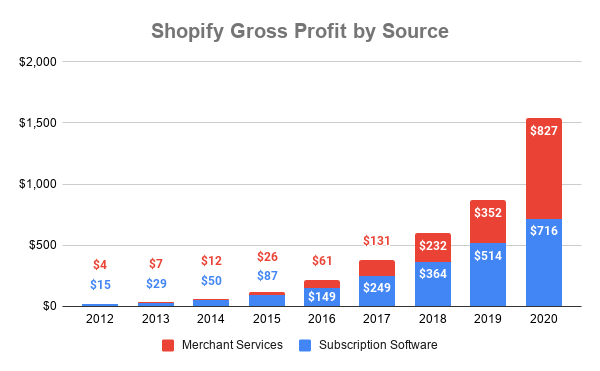 Take that in for a second — while Merchant Services was growing sales like crazy, gross profit still lagged subscriptions until COVID-19 hit.

As it stands, Unity doesn’t break out gross profit by Create Solutions and Operate Solutions. We just know that when it’s all combined, Unity keeps $0.78 for every $1 in sales for gross profit. In other words, both the subscription-based profit and usage-based profit collected by Unity is high margin.

There’s no way to know how these similarities — and the key difference in Unity’s favor — will play out over time. Shopify has benefited by going after a much bigger market (e-commerce writ large) than Unity. But I don’t think that’s any reason to shy away from buying shares of the company.

As it stands today, the stock trades for over 20 times sales. That’s pricey, but it’s also roughly 35% cheaper today than it was a few months ago. Today, Shopify has grown to become my largest holding at 16% of my portfolio. But it grew to be that size. Even though my recent stake in Unity is only about 2% of my real-life holding, I believe it has the potential to be an outsized winner moving forward.