One of the most horrifying events to hit the South Korean news in recent years makes its way to Netflix through Cyber Hell: Exposing an Internet Horror. This documentary chronicles the investigation into the perpetrators behind the infamous Nth Room case.

Directed by Choi Jin-seong, the film combines the investigative sensibilities of his previous documentary, the acclaimed The Reservoir Game, and the harsh social realities explored in his indie film Steel Cold Winter.

Dynamically shot interviews with several reporters and investigators, dramatic recreations, and extensive animated graphics combine to provide a timeline of the discovery of the Nth Rooms and the eventual capture of their creators.

In 2019, news first surfaced of chat rooms on the messaging service Telegram which were circulating degrading and pornographic content obtained through coercion and blackmail.

These Nth Rooms (so-called as they were numbered from first to eighth) and the copycat rooms that followed counted over 60,000 users who paid to enjoy graphic content obtained from over 100 female victims, many of them underage.

Through phishing, fake model recruitment and other means, these young women were forced to do as the group creators, such as “godgod” and “baksa”, demanded, or else damaging content would be leaked to their families and others.

Illegal filming and sexual blackmail are rampant in Korea but the Nth Room case stood out owing to the nature of the crimes perpetrated. The victims were described as slaves and as well as nude content, the women were made to write degrading things on their bodies, sometimes with knives, and engage in a range of activities which included rape and torture.

The case was such big news in South Korea that when it peaked in March 2020, it even overshadowed Covid-19 which at the time had just entered the country.

All of this and much more is well known to Korean viewers, but international viewers might not get the full picture, even after watching Cyber Hell. The film provides an overview of the case but avoids a lot of its graphic details and the gigantic public furore. 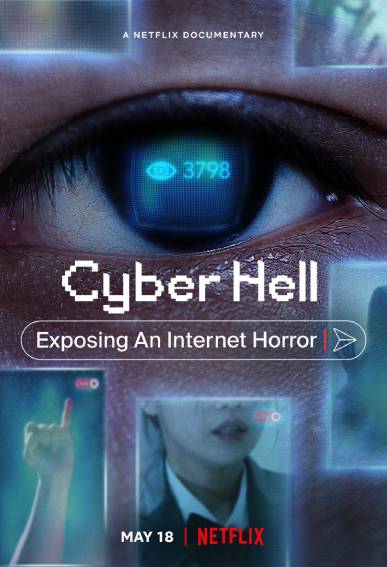 The wide-ranging social implications stemming from the case do get a little screen time, but only in mini talking-head clips in the credits from experts who didn’t make it into the main film.

Who we do get to spend time with are the main reporters associated with the case, initially from The Hankyoreh newspaper and later investigative programmes on the networks JTBC and SBS.

Featuring under the cover of shadows in anonymous videos are Team Flame, a moniker for two female students, whose brave undercover sleuthing in 2019 gave the police and established journalists the evidence to make the case national news.

With lots of interviews and infographics appearing at the same time, subtitles appear to have been an issue for the film. For fear of having too much content on screen at any one time, much of the dialogue and text is shortened.

Numbers relating to the users and what they paid to be in the groups are excised, as are the names and titles of several talking heads. 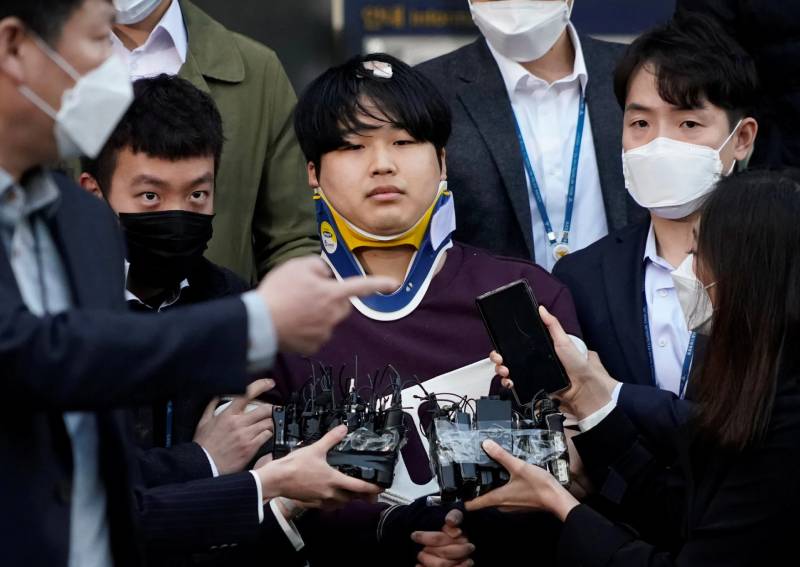 Cyber Hell opens with a phone browsing a shop online, before a message from an unknown sender alerts the user that compromising pictures of them have been leaked. After clicking through a link enabled with phishing code, her nightmare begins.

Given the online nature of the crimes, which relied on the secure network of the Russian service Telegram and cryptocurrency transactions, the film is appropriately framed with graphics that replicate real-time phone usage, recalling the recent indie thriller Searching.

Since the focus is on the investigations, these elements are engrossing and fascinating, such as when one of the culprits is discovered beneath layers of online and offline subterfuge, which involved cycling through dozens of used phones in his father’s junkyard.

Despite the film’s stylish production and compelling content, the choice to focus on the search for the criminals takes away from the crimes themselves, not to mention the victims who were subjected to them and what they mean for society.

There are many more important stories to be told about the Nth Rooms, but perhaps we will have to wait until next time to hear them.

Cyber Hell: Exposing an Internet Horror is streaming on Netflix.

This article was first published in South China Morning Post.

Which Streaming Video Device Is Better?